You Can’t Ignore Them on Social Media

You are here: Home / Social Marketing / You Can’t Ignore Them on Social Media

I’ll start this blog with pure transparency. I have a special needs child and disability issues are something that I tend to fight about.

With that out of the way, what is happening now with a restaurant in Eau Claire is a perfect example of how to let online reputation management or lack thereof destroy your business.

Miami Steve’s Grill & Bar in Eau Claire ALLEGEDLY denied service to a person with a service dog. While I only know the details of what occurred there from a Facebook post (see photo below), what is obvious is that Miami Steve’s management has forgotten the basic rule of social media: you cannot ignore your customers. Take a look at their Facebook page today to see the nightmare every business owner has with a Facebook page: 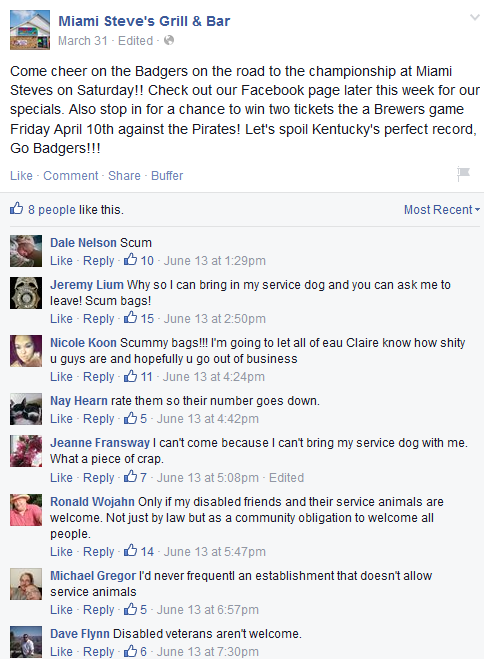 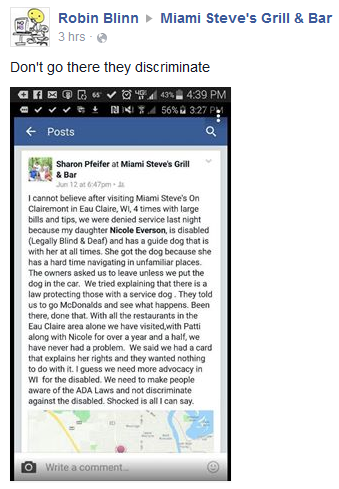 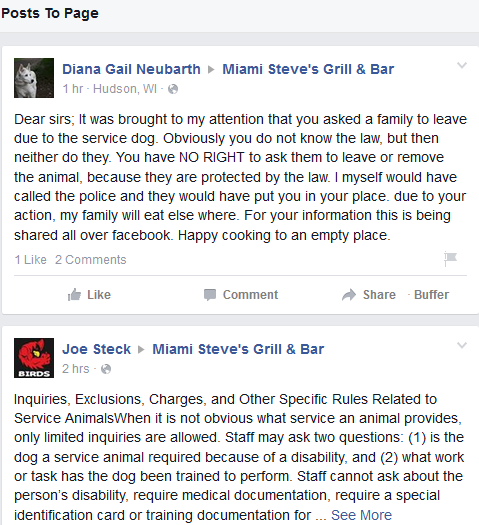 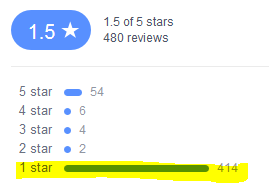 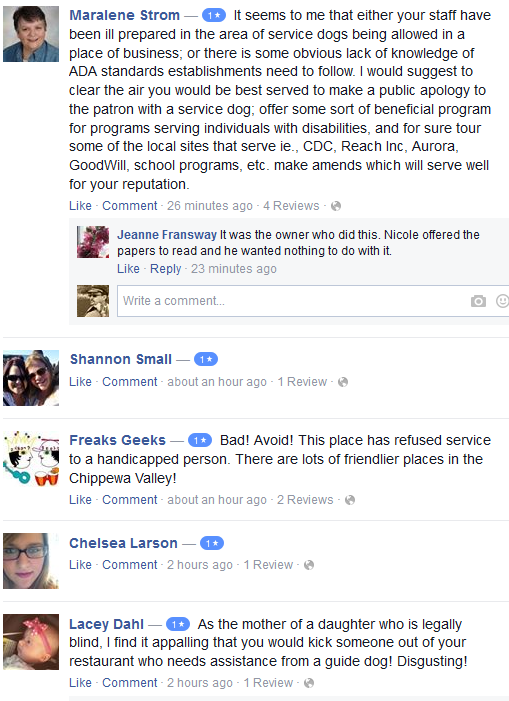 There is an easy way out of this: use your Facebook page to apologize, offer an explanation, offer the family denied service some sort of compensation. If this did not occur, then DO SOMETHING ABOUT THAT. Make sure people know about it.

But, be aware, a law was POSSIBLY broken and now this customer could turn their night out with denied service into a lawsuit that you might not recover from.

Ignoring a social media firestorm is a bad move. This won’t go away unless you become proactive. Now is the time to do so.

The owner of Miami Steve’s did issue an apology after this blog was posted. You can read it below. At least there’s an attempt at amends. 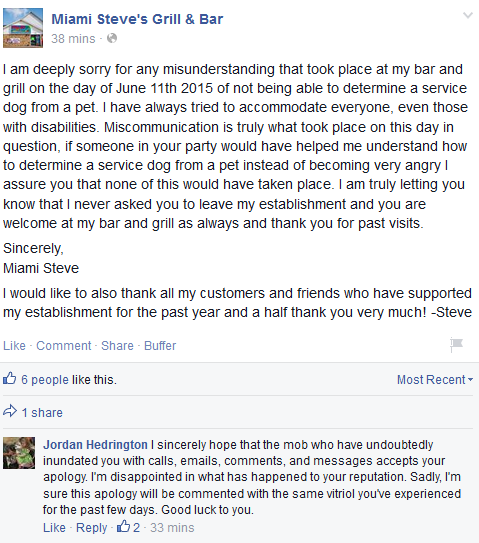 Be on the top & get more traffic to your website

Be on the top of search engines

Thanks for subscribing! Please check your email for further instructions.

Something went wrong. Please check your entries and try again.